Room for art and tranquility

Maps from the 16th century show a farmhouse on this site. It was part of a castle, ‘The Jelger House’ which was demolished in the 19th Century. Mariënburg, the country residence of the wife of the Stadtholder Johan Willem Friso, Maria Louise van Hessen-Kassel, was also situated here on Achter de Hoven in 1731. So all in all it’s a very respectable part of town.

We think that the present farm dates back to around 1800. The house was extensively renovated in 1865. On Sunday 27th April 1890 an assembly took place in this farmhouse to gain voting rights for thousands of workers from the province of Friesland, they were forbidden to gather in the city. This was the run up to the formation of the Social Democratic Workers’ Party under the leadership of Pieter Jelles Troelstra and Domela Nieuwenhuis. In 1907 the farmhouse was bought under the title Johannastate ‘a farmhouse with barn and grounds’ for 4.439 Dutch guilders or 2.000 euros or 1.600 pounds sterling by my grandfather, Jan de Jong. Its purpose was to store straw and furniture and also to serve as a shelter for the horses that drew the company’s removal vans. 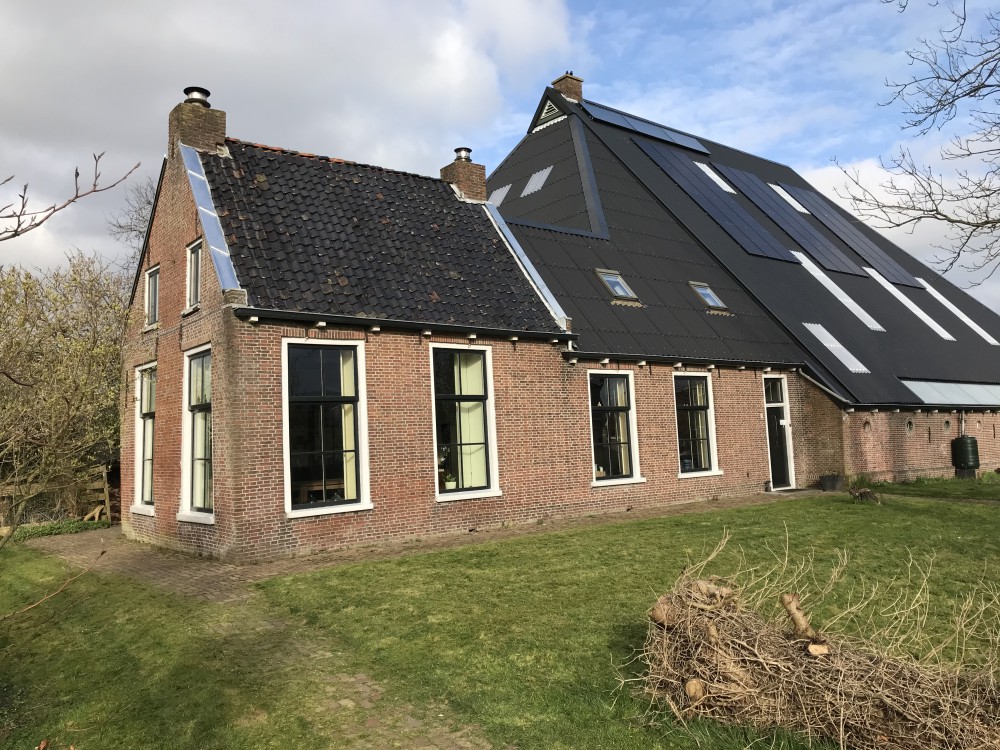 Johannastate with the new roof